Well, I'm glad that month's over. There's cold and then there's what Southern Ontario experienced over the past four weeks. In fact, it was the coldest month EVER recorded at Pearson International Airport.

At least we broke the record.

Honestly, it was a little depressing to report outside in that cold all month long for The Weather Network's national morning show. I don't think I could have worn enough layers to conserve an appropriate amount of body heat. And it was getting to the point that I was having trouble coming up with adjectives to describe the cold---well, ones that I could say on television anyway.

Nevertheless, March is now here with some (hopefully) warmer weather and that brings me to some career news. Since December, The Weather Network has had a content-sharing agreement with CBC. That means TWN provides weather updates for CBC News Network and CBC's The National.

And I have been assigned a consistent weekend shift from this point forward where I will be presenting the weather on TWN, CBC News Network, CBC Toronto, and the Sunday edition of The National.

So, it's definitely an exciting time for me and I'm looking forward to this new role. In fact, I appeared on The National on February 15, which was my first CBC appearance. 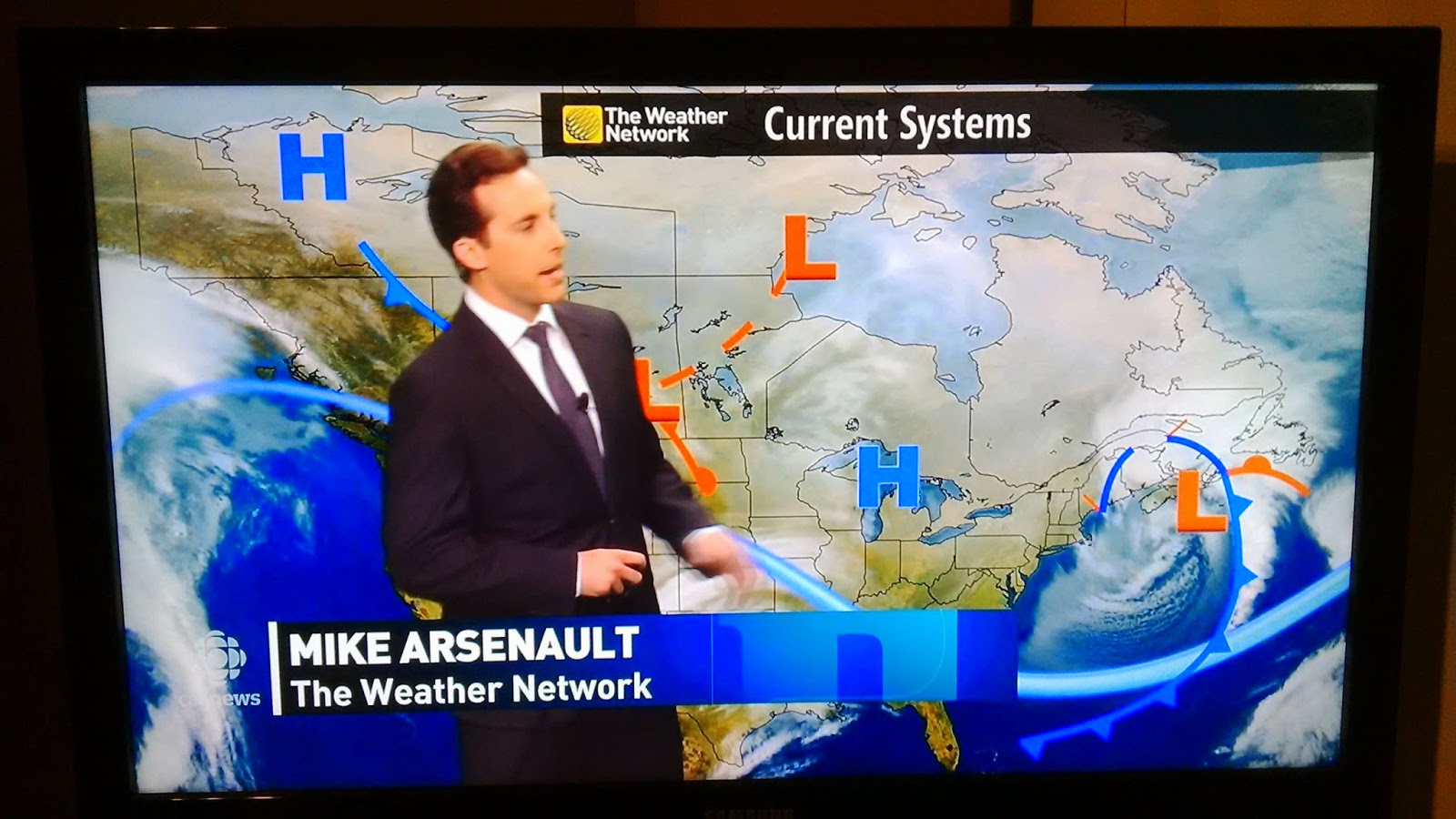 Here's a look at my February schedule. Of course, depending on what area of the country you live in, you may not be able to see me at these times as TWN runs five different feeds: British Columbia, Alberta, GTA, Atlantic and National (all times are ET). And you can see me during these times on CBC News Network as well (weekends only).