The highlight of the first month of 2015 was undoubtedly my cross-country sojourn from Calgary back to The Weather Network's headquarters in Oakville. It was the first time I had ever been in Saskatchewan and Manitoba and the ability to see different places and meet new people across Canada was a great experience.

I flew to Calgary on January 10th and returned to Oakville on the afternoon of January 17th. I spent the night in the following cities: Calgary, Saskatoon, Brandon, Winnipeg, Thunder Bay, Sault Ste. Marie, and Parry Sound (hometown of Bobby Orr).

My favourite moment of the trip was visiting extended family I've never met before in Biggar, Saskatchewan. My paternal grandmother grew up in Biggar (town motto: New York is Big, but this Biggar) and I was able to tour the farm where she grew up and enjoy a home-cooked meal, along with a few potent potables. Here's a pic with my cousins Paul and Doreen. 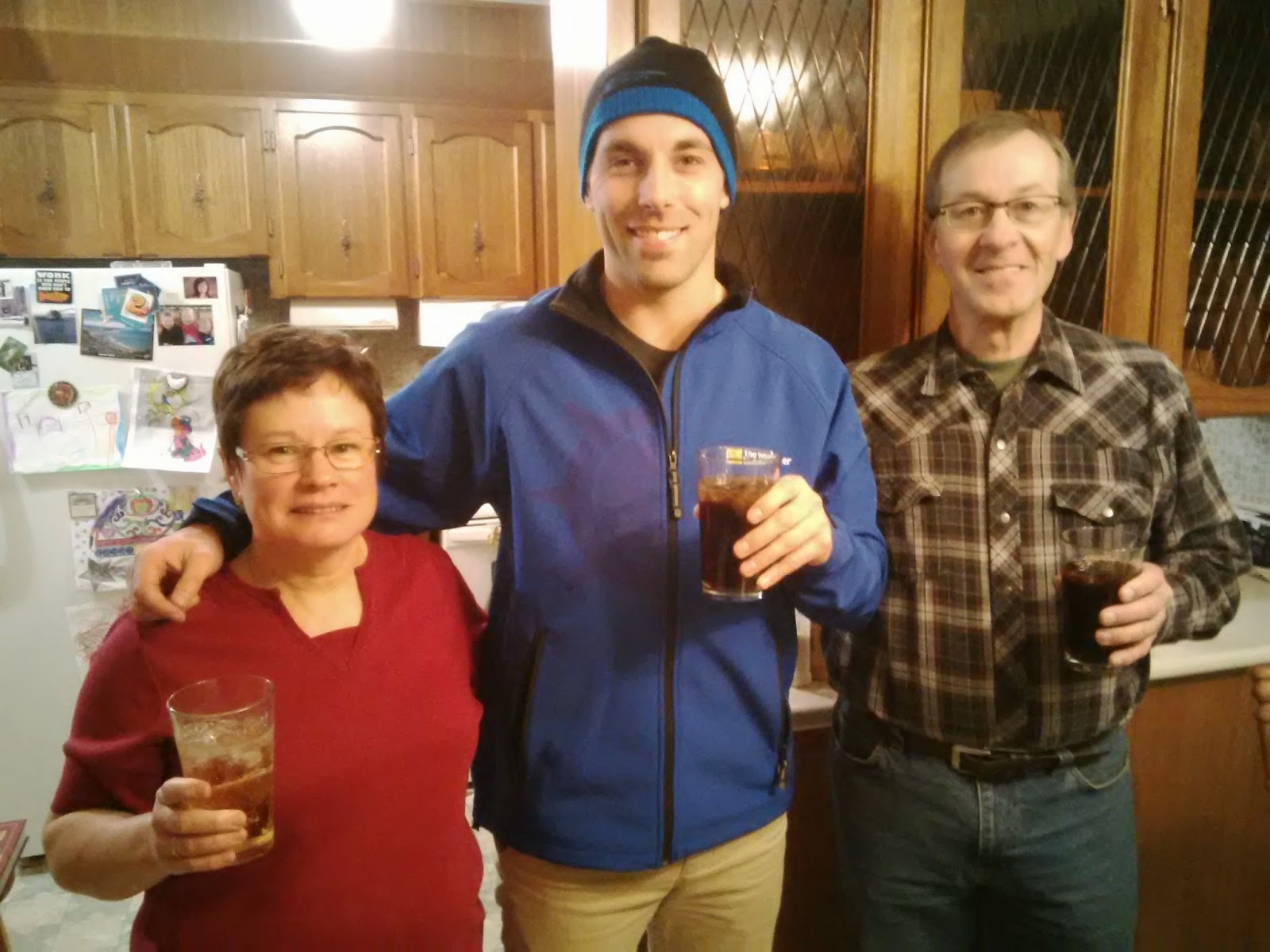 Before I left on the trip I spent a morning show in early January at a backyard rink in Guelph. I put together a story on how to properly make a backyard rink. The story also includes some footage of my return to the ice after an 8-year absence.

Here's a look at my February schedule. Of course, depending on what area of the country you live in, you may not be able to see me at these times as TWN runs five different feeds: British Columbia, Alberta, GTA, Atlantic and National (all times are ET).