Well, it's almost been three months since my previous post, where I delineated the biggest job change I've had in almost a decade.

I've been pounding the proverbial pavement (i.e. spending a lot of time on email and Zoom calls) figuring out the next moves in my content creation career. 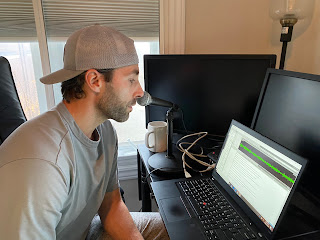 Since I am able to perform three different roles, it's actually been really busy being plugged into their weekly schedule at different shifts throughout the week. I've really enjoyed my time at Rogers thus far and the ability to do all three of the jobs remotely from home has been great from a work-life balance perspective.

I've been averaging around 2-3 shifts per week and will continue that amount through the end of the year. 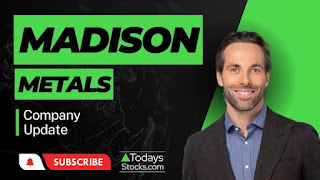 I mentioned last time that I had signed a representation agreement with AAB Talent for on-camera film and television work. I've submitted audition videos for a lot of roles, had a number of callbacks and holds and finally booked my first gig. I got a role in a Genesis car commercial that was shot in Toronto at the beginning of the month. That will air in March.

It was a great experience and I'm hopeful to pick up some more roles into 2023.

Writing-wise, I had a non-fiction feature published by the Canadian Baseball Network in November. I actually wrote it back in 2017, but some extenuating circumstances meant it went unpublished until now. Here's a link to the piece and an explanation behind the publication.

I am continuing to work as a virtual event host, hosting trivia challenges for select corporate clients, which is a lot of fun. I've been doing that since 2020 and I'm hopeful it will continue into next year as well (I have one more scheduled in the month of December. Below is a holiday-themed session I hosted earlier this week). 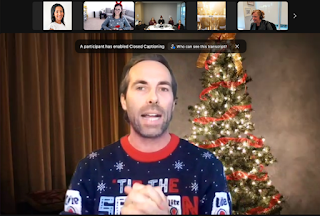 I've also had preliminary discussions with production partners from CrossFit to continue working as a sideline reporter at a number of events next year. Once those details are finalized, I will share them here.

So, it has been a busy fall and it appears as though that is going to continue through the winter.

I said in my previous post back in February that my blog output would be reduced to yearly submissions barring big career news.

Well, here we are in the month of September and I'm writing with potentially the biggest career news I've had since early 2020. Unfortunately, the news is not of my choosing.

A couple of weeks ago, I received notice that Corus Entertainment was cancelling Global News Weekend, effective immediately. That also meant my services were no longer needed and, after seven years working for Global News, I am now laid off.

Not exactly the news I was expecting. I really enjoyed my time, my co-workers and my career growth at Global. And I loved hosting Global News Weekend--it was the best full-time job I've had in my life thus far.

So, it was a rough few days of trying to digest the news and figure out what's next. The last time I was laid off was back in 2012, at the very start of my broadcast career.

Reflecting how I felt 10 years ago compared to getting the news here in 2022, I soon realized that I am in a much better position now to handle this adversity than I was back then.

(And though I was surprised at the decision--considering how many different roles I worked at Global News throughout my time there--I also wasn't naïve to think that I'd be able to avoid another layoff in the media industry until I hit retirement age).

Luckily, I've been able to acquire a significant number of contacts within the freelance/contract media industry over the past decade. And I've been utilizing those contacts to set some wheels in motion for the next phase of my media career.

I will continue to work with CrossFit Media as a sideline reporter at the CrossFit Games for CBS (as I've done pretty much every year since 2015) and now I have a lot more time to work as a reporter at different CrossFit events across North America over the coming months.

At the start of the pandemic, I started hosting virtual events (like trivia) for various companies as well as in-person MC gigs for select corporate clients. I hope to be doing more of that in the months ahead as well.

I've also signed with AAB Talent Management to begin auditioning for on-camera film and television work. And there are a number of other content creation opportunities that I'm hopeful to acquire over the next few months as well.

And I have a couple of writing projects that I would like to get published. I will be working toward that goal to end 2022 and heading into 2023.

The cliché is that everything happens for a reason. Well, everything that I've listed in the preceding four paragraphs are things that I've wanted to do over the past seven years, but was unable to do so.

But now I have the time and the severance cushion to pursue these passions as I plan out the next evolution of my career for 2023 and beyond. And I know I wouldn't have taken this plunge of my own volition. So, in a way, I am thankful that Corus decided to make the decision for me. I can't have regrets because I didn't have another option.

So, here's to seven great years, but I'm excited to see what's next.

This also probably means that this blog and my social media accounts will be a little more active going forward. Hopefully, I will have lots of media work coming in that I will be able to share here.

I recently realized that I have become lax with my monthly updates--evidenced by the fact that my last update was May of last year. And it's not that I had nothing to discuss, I suppose the lame, but real excuse is that life got in the way.

But it also made me realize that a yearly recap is probably the best form for this website to take from now on. So, that's what I'm going to do. I will collate my career highlights from each year and distill them in an end-of-the-year post format.

I am starting with this post, even thought it's almost two months late.

In my last update, I showcased the latest episodes of my Drive To 300 Yards golf series, which started as a New Year's Resolution and turned into my new obsession. Here's the final episode of the series.

To read and watch each monthly golf update, check out my Global News website page and scroll down to Author Archive.
Other highlights from me include creating, producing and hosting a Summer Olympics series called Training for Tokyo. And after the summer Games wrapped, I created, produced and hosted a Winter Olympics series called Building for Beijing.
In December, I also wrote and hosted a 30-minute Olympic preview special on Global TV and spent four days in Hamilton covering the Grey Cup for affiliates across the Global News Network.
And of course, my regular duties co-hosting and creating content for Global News Weekend, Globals' national weekend morning show. That continues for 2002 and hopefully beyond.
Hopefully more exciting things to come for the remaining 10 months of 2022.
Thanks for reading and watching!